A new website has been launched for State of the Mangrove Summit at https://ajol.ateneo.edu/sms . This site will be archived on 30 September 2021. 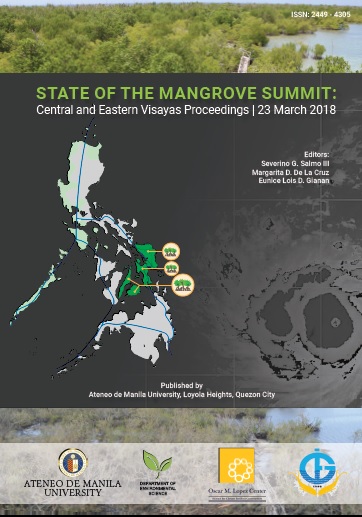 2018: State of the Mangrove Summit: Central and Eastern Visayas Proceedings

In 2013, the Central and Eastern Visayas regions were severely impacted by the onslaught of Super Typhoon Yolanda (international name: Haiyan). The typhoon damaged several mangroves. After almost five years, signs of recovery (e.g., refoliation, seedling recruitment) were observed in the natural stands but not in the plantation stands. Highlighted (in dark green) on the Philippine map are the seven provinces of Central and Eastern Visayas that are featured in this Proceedings. The icons show the relative mangrove area per region. Also highlighted (in light green) are the provinces of Northern Luzon and Southern Luzon that were featured in the 1st Mangrove Summit Proceedings and 2nd Mangrove Summit Proceedings, respectively. 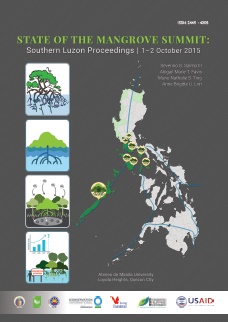 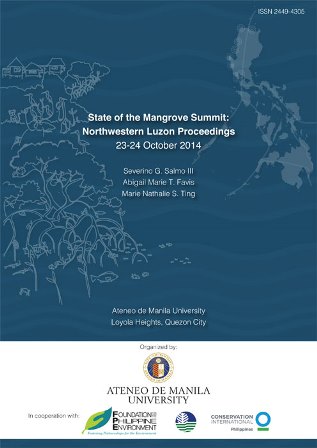